Postdocs, with signed approval of their mentor, may apply for support to begin a research track of their own.  Investigators with outside funding who want to start a new line of research in nonmalignant hematology can apply provided there is no overlap between their funded research and the proposal submitted for this mechanism. Preference will be given to junior investigators who are requesting support for a project that will generate preliminary data for use in an application for an NIDDK Hematology award (either F-series, K-series or research project grant). Depending on the nature of preliminary studies, two different P&F opportunities are available. More information.

Diane Ward and June Round – University of Utah Immunity, Inflammation, Infection P&F grant: The effects of low iron diet on gut immunity and the development of Fatty Liver Disease 01/2019-12/31/2019.

Postdoctoral Position Available at the National Institutes of Health

Iron Chaperones and the Distribution of Iron Cofactors within Cells

Postdoctoral position available to study the distribution and utilization of iron cofactors within mammalian cells and tissues. Iron is an essential nutrient for every cell in the human body, yet it can also be a potent cellular toxin. Iron is essential because enzymes that require iron co-factors (namely, heme, iron-sulfur clusters, mononuclear and diiron centers) are involved in virtually every major metabolic process in the cell. Iron deficiency continues to be the most common nutritional deficiency in the world, especially among children and women of childbearing age, where it causes anemia and impairs neurological development and function. Although the pathogenesis of anemia in iron deficiency is well understood, other manifestations of iron deficiency are not understood at the cellular or metabolic level. Iron overload is a feature of an increasing number of human diseases, including genetic disorders such as hereditary hemochromatosis, thalassemias, and Friedreich ataxia, as well as chronic inflammatory diseases of the liver, such as hepatitis C. Hundreds of iron, zinc, copper, and manganese proteins are expressed in human cells, yet little is known about the mechanisms by which these metalloproteins acquire their native metal ligands and avoid mis-metallation. We have made significant advances in understanding the delivery of iron to iron-dependent enzymes in the cytosol.

We identified Poly rC-Binding Protein 1 (PCBP1) as an iron-binding protein that delivers iron to ferritin in human cells (Shi, et al. 2008, Science 320, 1207-10). This was the first description of a cytosolic iron chaperone – a protein that specifically binds iron ions and delivers them to target proteins through direct protein-protein interactions.  PCBP1 and its human paralogs are multifunctional adaptor proteins that also bind single-stranded DNA and RNA in a sequence-specific manner to regulate the fate of the nucleic acid. PCBP2, a human paralog of PCBP1, is independently required for the delivery of iron to ferritin. PCBP1 and PCBP2 deliver iron to additional families of target enzymes: the prolyl hydroxylases (PHDs) that regulate the degradation of hypoxia inducible factor 1 (HIF1) and deoxyhypusine hydroxylase (DOHH). Projects currently underway explore the roles of PCBPs in erythroid cell development, duodenal iron absorption, macrophage iron recycling, and the intersection of iron ion chaperones with the Fe-S cluster machinery. Mouse models of PCBP1 and PCBP2 deficiency have been developed and are revealing new functions of these proteins in maintaining iron homeostasis in mammals.

We use the tools of cell biology, genetics and biochemistry to address questions about how cells and animals use iron. The postdoctoral position is fully funded, available immediately, and open to any motivated Ph.D./M.D. with less than five years of postdoctoral experience. NIH is an equal opportunity employer. 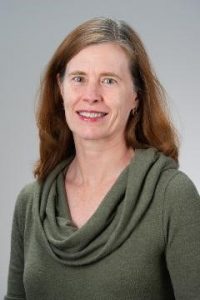 Adam Hughes: Elucidating the role of the LON protease in the regulation of cellular iron metabolism

Congratulations to the the following five investigators whose proposals were funded in the CIHD 2017 Pilot and Feasibility Grants Program:

Adam Hughes: The role of lysosomes in maintenance of cellular iron metabolism

Diane Ward: The role of Abcb10 in red cell hemoglobinization

Our NIDDK-funded Center for Iron and Hematology Disorders has awarded three pilot research grants for the 2016/2017 fiscal year. Six proposals were considered for funding and the three successful applicants include the following:

Dr. Sigala will focus on the role of the acyl-carrier proteins present in the mitochondria and apicoplast of Plasmodium in iron-sulfur cluster biogenesis in the two organelles and the role of each pathway in the physiology of Plasmodium parasites. A long-term goal of his research is developing new therapeutic targets in treating malaria.

Dr. Medlock is addressing the role of two novel proteins PGRMC1 and PGRMC2 in modulating heme synthesis in mammalian cells. She demonstrated that these proteins interact with ferrochelatase and regulate its activity. She proposes to generate knockout cell lines in culture and zebrafish to investigate the physiological consequences of loss of these proteins on heme production.

Dr. Barber is focused on the evolutionary battle between pathogens and primate hosts for access to iron and heme. He will address how primates evolved in response to iron and heme piracy by pathogenic bacteria. In his proposed studies, Dr. Barber will focus on phylogenetic analyses of hemoglobin and hemeopexin.